Starting the day without looking at Twitter was a game changer. No news is definitely good news. I woke up still shaking off anxiety and my breathing was difficult, which happens to me in times of stress. I Googled ‘things to see in Colorado from your car’ and was surprised to see 8 things pop up including the Rocky Mountain Arsenal which was only a 35 min drive to a scenic preserve with an 11 mile loop you drove that included buffalo coming within 10 feet of your car. We stopped, tailgated our lunch in the back of the car, and then went for a little walk around the lake. The experience was such a good one and the girls laughed the whole way back home. It was nice to be in the car again and out in the world. 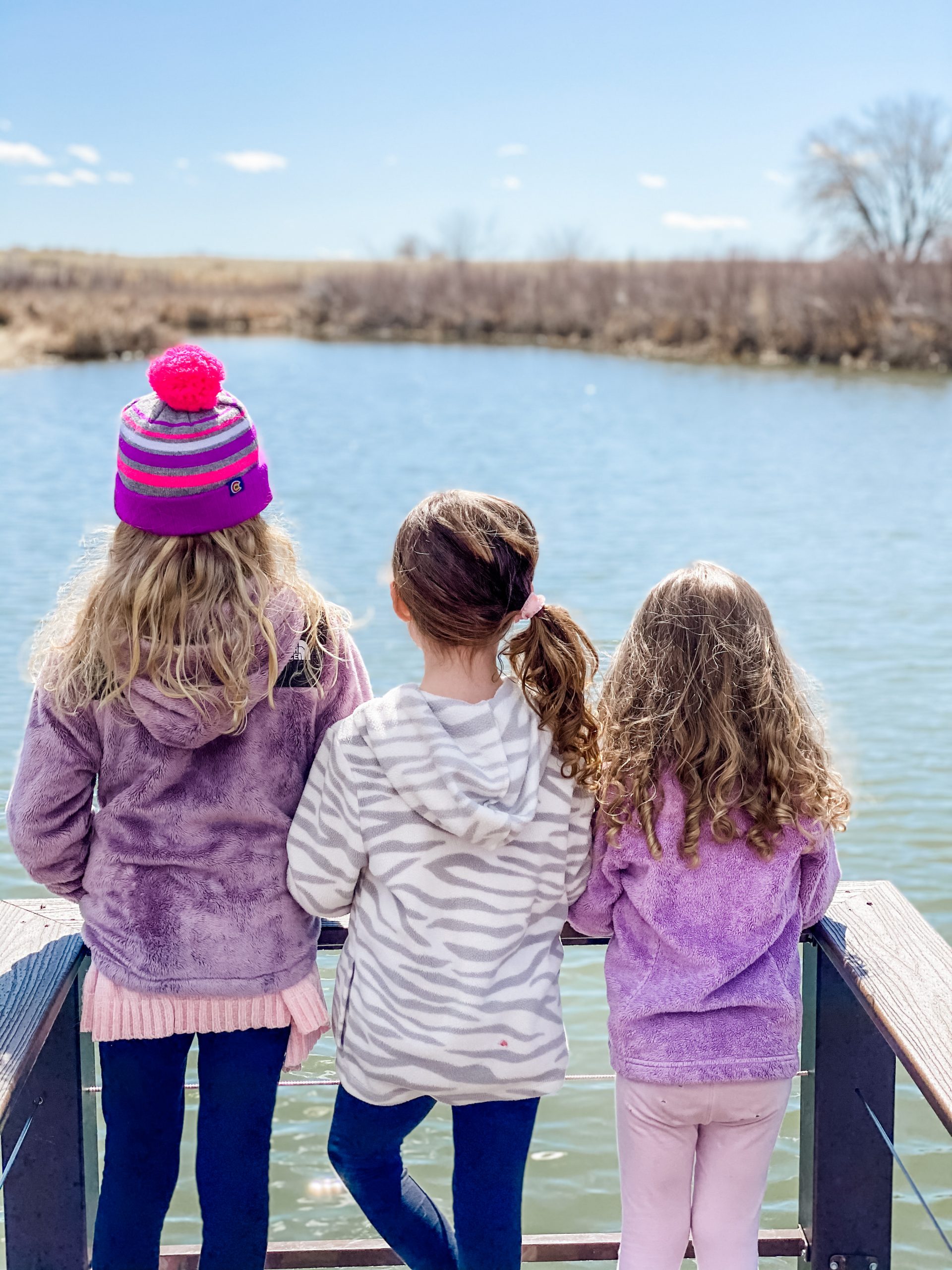 It was weird to see so many cars on the road knowing that we were all supposed to be home. Look Some people aren’t really taking this seriously still which is maddening. Maybe they were out for a safe outing like we were, who knows? By the time we got back home I noticed that I was able to breathe in and out completely which was such a relief. I’ll continue with no news again because it’s literally a 1-to-1 ratio of news I consume to stress and anxiety I’m feeling. I’ve been sitting more than I’d like which is a huge change from how much tennis I would typically play in a week and how I’d be so busy during the day I would finally sit down for the first time at dinner. I haven’t had the motivation to work out but I will. Maybe this week? We had Costco delivered yesterday and I won’t be ordering food for a while because of the decontamination process which is also anxiety inducing.

It lives for days on surfaces. Up to 3 on plastic I read so if you aren’t wiping things down, you’re bringing it into your home. I’m not ordering things online because who cares about useless crap at this point?

The girls did well today and were happy. Harper finished a school project, she wrote a long story and drew pictures to go along with it. Everly was much happier and Lola even napped in the car which is a win. They are getting stir crazy and miss their teachers and friends. For a few days last week when we started homeschooling I was so consumed with news and what was happening that I felt like couldn’t function, like I was moving in mud. I would set up their schedules and plan nice days for them making sure their work was done and we were playing, but those days already seem like a blur and it was just last week. This week is their spring break, fun is an easier focus.

We see neighbors outside and say hi from a distance. Conversations dwindle when you’re 20 feet apart. The adults avoid one another to keep the kids from getting to excited and running over to each other which is what they’re used to doing. It’s how they’re wired. It feels weird being distant with people or not stopping to say hi and chat. It makes things feel worse. I’m energized by social interactions, it’s how I thrive. You can talk me into basically anything that has a strong social upside.

I wake up in the night, sometimes for hours, that’s what I do when something is weighing me down. I used to read news on twitter, but now I’ll turn on something mindless and just worry about what will happen to the world when this is over, what if it’s never really over, what if I have a heart attack and can’t get a bed? My body feels fatigued from worry and the heaviness of worry feels sticky, like I can’t wipe it completely away. I wonder if I’ll be able to feel comfortable in crowds anymore feeling like this new silent killer is everywhere and we don’t know who has it and who doesn’t or where it’s hiding? Cool, just put this on my list right under mass shootings, and crowds in general and let’s see how that works into my psyche at a Broncos game.

Acceptance. Acceptance is the key that’s keeping me going and I keep breathing into that word over and over. We have the basics, and we have each other, and that’s all we need. Oh, and toilet paper. We actually need that too.