Here I am, still in Mexico. We’re actually in the same resort as Heidi Klum and Seal and they’re here to renew their vows like they do every year. I got some secret stalker shots of them to show you. 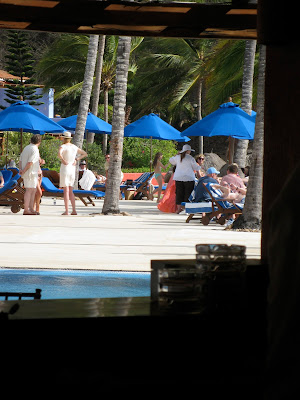 She’s in the flowey pinkish dress peeking around. Click to enlarge it. 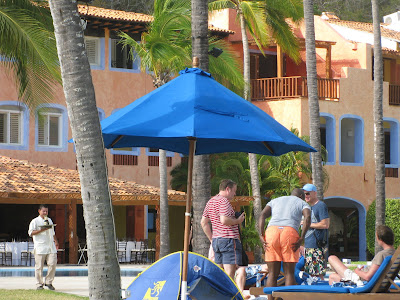 Seal is in the orange shorts. He’s a big dude actually and really sweet.

They were at the main hotel pool/ beach area for several days with the rest of us. They did have security, mostly to keep the paparazzi at bay. Photogs actually chartered a yacht and anchored it near the shore to snap photos of them and their family throughout the day. Any pictures that you see not released to a major mag like ‘hey, here’s our wedding photos’ from their photographer came directly from that boat, or just people staying there. It gave me a glimpse into how photos like these are born.

I was right where their ceremony was and it was all red, even her dress. They had a karaoke party the night before they renewed their vows until the wee hours. for their party the theme was to dress like a bride and groom so all of the guests were all done up like they were getting married too. Our bride and groom were in the home next to theirs so we could hear the music play all night.  I’ll post more photos of them and the action later.

Today we’re talking lashes. I’m like a surgeon when I apply lashes, dead on and precise.  I’m the undisputed self-titled Queen of getting lashes to stay on for days on end. It’s not uncommon for a bride to tell me that she wore them from the wedding up until the first few days of the honeymoon. It’s all about finding that notch barely above the lash line so they rest comfortably and don’t budge, well that and selecting the right lash for you of course.

For years I only used these lashes, which I still do occasionally but I’ve gradually moved over to using Ardell.  I’ve found that their lashes are longer so you can cut them down to fit any eye bed. They’re also made with 100% high quality human hair that looks natural on. Here are the 3 that I use most. 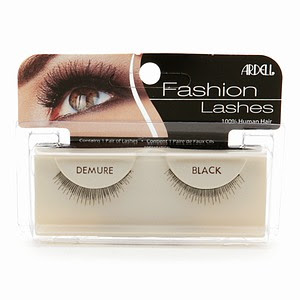 Their ‘Demure’ lashes are my choice for women who have very little or no lashes- even   post-chemo (just make sure your skin is strong enough to handle the glue). They’re shorter in length so they look real against a bare eye with just enough length and bulk to look like a completely natural lash. 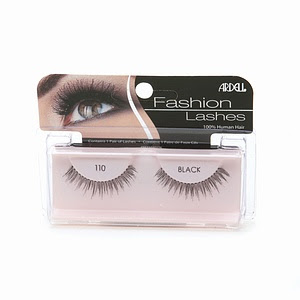 These #110 lashes from Ardell are what I use on 90% of my brides. The strip is so long it usually needs to be cut down so it’s barely shorter than your lash length. I’ve found that when lashes aren’t cut this way they feel more uncomfortable and you’re always aware they’re on. #110s look best on girls who have average lashes overall because they add volume to what you already have for a look that’s undetectable, even to those who are up close. 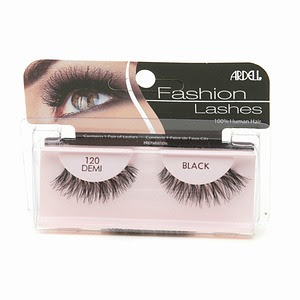 When the brides want drama, they get Ardell’s #120. They aren’t nearly as extreme as they look and they photograph really well. You don’t need super long lashes to wear these, but some natural lash will serve you well so they look natural.

When you’re choosing lashes to wear, consider how much drama you’d like and how long your natural lashes are. Use a fine strip of glue and wait a few seconds for it to get tacky and then place the lash on the middle part of your eye first, then slowly press each end to the corners of your eyes. Don’t rush it, you have a lot of play time with the glue- it takes a while to dry completely.

I’ve been using mostly Ardell because of how natural they look and how long they wear. My bride the other day wore them for hours and even had them on after several hours in the pool. They have that type of potential, just a little practice is all you need.