I just re-ordered one of my very favorite shower treats, Bubble & Bee’s Vanilla Peppermint Scrub. It has a light vanilla scent, but cools your skin with the peppermint in a unique way that I love. It feels refreshing and invigorating. They’ve changed the size of the granules too so they’re smaller and less abrasive to the skin. 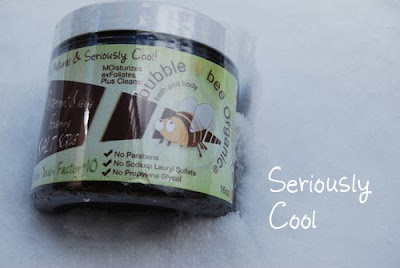 While I was re-ordering the scrub, I thought I’d try their Body Butter too since it was recently certified USDA Organic. I was planning on just using it post shower since body butters are usually really hydrating and a bit greasy, but this one is totally different.

I tried to capture its texture, soft and crumbly. 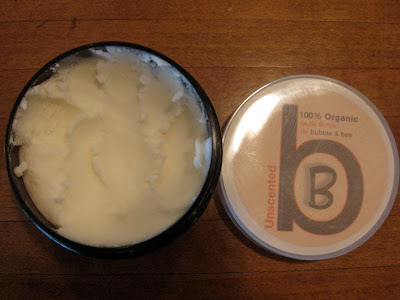 This would be enough for my arms, a little goes a really long way. It has a slightly grainy consistency from the coconut meat that breaks down when you rub it in. It turns into a light oil on the skin that’s quickly absorbed into nothing but softness. 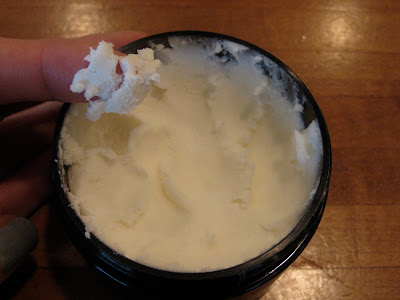 I’ve ended up using it a lot on my hands, even when I’m typing all day it softens without leaving shine marks on the keyboard. I like the unscented formula, but they also have a Raspberry & Vanilla version too. 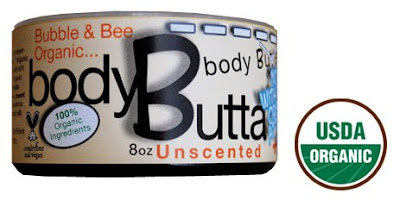 I’ve used quite a few products from Bubble & Bee and have never been disappointed in the quality of the line. It seems they carefully craft a product before releasing it so their offerings are always top notch.  The only thing I bought that I wasn’t crazy about were their Lotion Sticks which worked great, but they’re so small you’d only use them on your hands and not body. Stick with the butters which are a much better value.