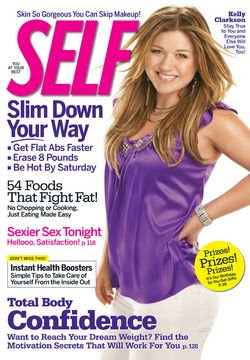 If you haven’t already heard the buzz about Kelly Clarkson’s heavily touched-up cover for Self magazine, you can get all caught up Here.

All photos we see in magazines are touched up (except for the ones where they want celebs to look bad) in some way and it’s getting to the point where they all look the same. Kelly Clarkson aside, how would we respond to truly undone photos of women on magazine covers? Have we become so used to the perfect aesthetic that seeing ‘real women’ on the cover would be a turn-off?

Uber photographer Peter Lindbergh was so sick of seeing images that he thought made women look like ‘objects from Mars’ that he shot this breathtaking series of photos using some of the most beautiful faces in the world and leaving them just as they are.

What do you think about Kelly’s cover?