Mike surprised me with Lady Gaga tickets a few weeks ago, so we caught her show at the Pepsi Center Wednesday night here in Denver.

It was of course as visually entertaining as you’d think, she told a story through her set changes and costumes that took you from her home town NYC, to an Enchanted Forest, and back to the Monster Ball. It was incredibly fun and we got to be right up close! 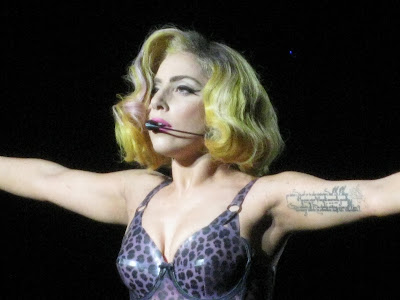 Tattoo blazing in a signature bodysuit. Her dancers seemed as happy to entertain us as she did, they were fantastic. 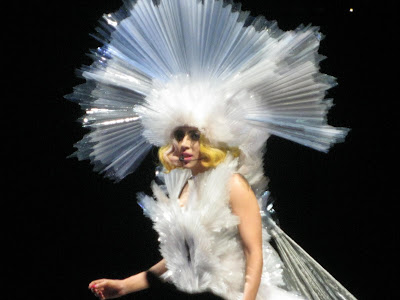 Her headpiece and wings were made with moving parts so the fan would come together and separate. 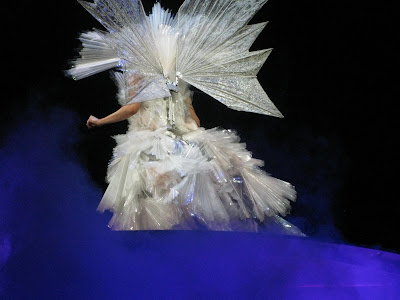 A glimpse at the mechanics behind the costume, you can see a battery pack of some sort. 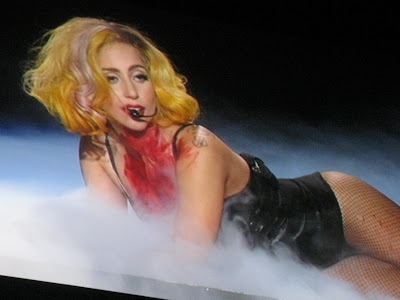 All bloody, just loving her fans. 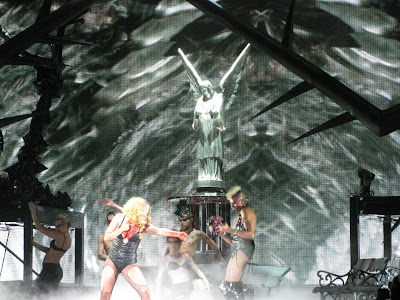 My favorite shot of the night by far. 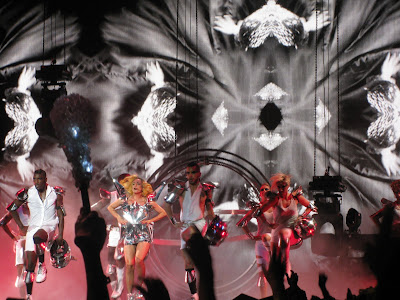 She sings and dances the whole time, she’s the real deal.

Her makeup, hair, costuming, everything was spot on and the show felt like you were on an adventure.

Dance in the Dark

Speechless (on the fire piano)

So Happy I Could Die

She puts on a great show, catch it if you can!