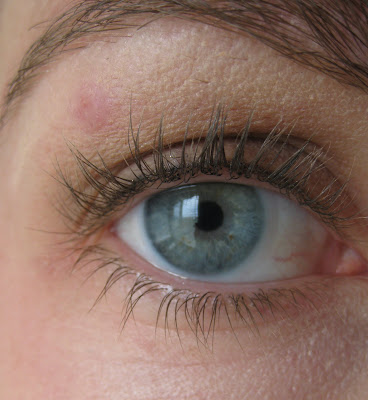 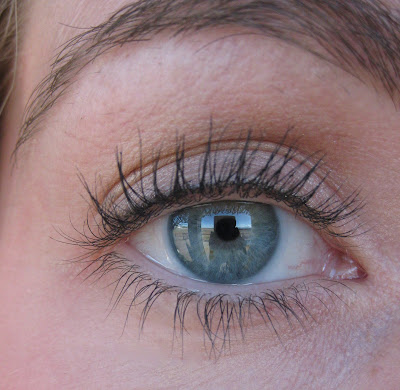 Women have been getting their lashes tinted for many years now, but I never did. As a blonde, you’d think I would jump at the chance of having darkened lashes but I guess I didn’t understand the benefit.

The first photo is without mascara (complete with a little waxing mishap). It was my final photo after using Latisse for a while, which was supposed to darken lashes, but it didn’t mine. Growth- yes, thickness- yes, but not really darkening like it suggests. Not for me anyway.

Under that is a photo of my newly tinted lashes which I’m completely obsessed with. I had no idea that it would make such a huge difference and that I wouldn’t need to wear mascara. No more mascara smudges (!) and better yet- no more tugging at my eyes at night trying to work off the long-wearing formula that I wear to prevent the smudging in the first place.

Because of smudging, I’d never use mascara on my bottom lashes, but I really like the effect of them being darker which adds so much depth and interest. Future brides would really benefit too since mascara on the lower lash line mixed with tears can lead to disaster.

If you’re here in Denver, my esthetician Tjaden, owner of The Skin Studio (303-204-7767) has been using a long lasting tint that gives great results with no negative side effects. She’s tinted tons of lashes over the years for brides, women going on vacation, and everyday women who want to simplify their routine- and for a really fantastic price ($25).

If you tried tinting in the past, but had a bad experience, you should know things have changed. “These new formulas are a far cry from the old ones,” Tjaden explained. “The old ones only lasted a few days and burned a lot of women’s eyes, there was never any permanent damage, but it was uncomfortable.”

It’s not a guaranteed winner for all women though.

“Women with really short, sparse lashes would probably want to wear a coat or two of mascara,” Tjaden said. “So you’d cover up the tinting and it wouldn’t be worth it.”

Good tinting should last 4-6 weeks before naturally fading out, just ask your esthetician how much wear they get from their formula since they’re not all the same.