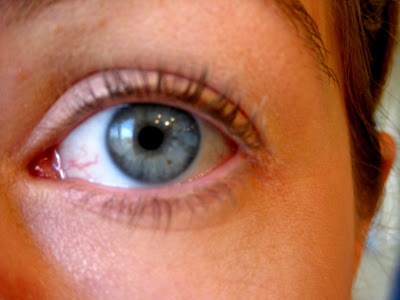 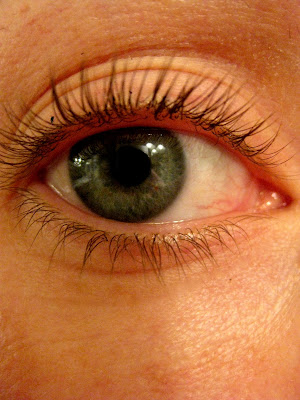 It’s official, Latisse works. The first and only FDA approved treatment to give longer, thicker, darker lashes does just what it claims to do in a short span of time.

My prescription was $100, insurance of course doesn’t cover it (check around for rates at different pharmacies), but it’s less expensive than some popular over the counter formulas. I’ve been using it nightly as directed, just one drop per eye brushed along my upper lash line before bed. There haven’t been any side effects other than a little itching shortly after I apply it, but it’s really minor.

My baseline photo wasn’t the greatest, but you can tell that my blonde lashes are darker, thicker, and more noticeable in just one week. I’ll get some better photos next time.

I’ll continue to use it nightly until I get to where I’d like to be, then use it once or twice a week for maintenance. 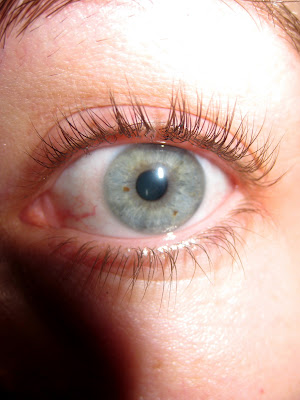 This is another photo from the week one series- I had some emails asking for a photo of the same eye. The lighting is a little better and you can see that my eye color hasn’t changed! I PROMISE better quality photos next week.

**UPDATE** RevitaLash, Maximumlash and other companies have people who comment regularly on various Latisse posts, so take the comments attached with a grain of salt, they are just a commercial in disguise.