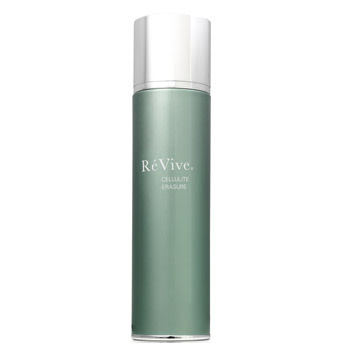 My love for RéVive is no secret. It’s skin and body care at its finest using some pretty impressive technology behind it for when your skin has some specific concerns.

Now RéVive isn’t cheap, it’s a prestige line with prestige pricing, but of the 7 or so products I’ve used of theirs, I can honestly say that all have lived up to their promises- just like their Cellulite Erasure.

We’ve all heard that there is no cure for cellulite, and that’s technically true. At a deeper level are collections of fat that push against connective tissue under the skin giving the appearance of dimpling. Obviously the cream isn’t going to ‘unbind’ the fat, but rather work on the skin itself to even out its appearance making the dimpling effect much less noticeable (even in many cases gone altogether).

Cyclic AMP is the latest super molecule to join their impressive ingredient lineup (its discovery won a Nobel Prize in 1971), its sole mission is to find its way into the skin and restore skin’s bumpy texture. Also helping to fight the battle of lumpy legs is caffeine to help with evening out the affected areas, and carnitine to energize the skin.

For super results, follow with their Moisturizing Renewal Body Lotion which contains 2 Nobel Prize winning ingredients that reverse the look of aging skin, dulness, and also helps with firming.